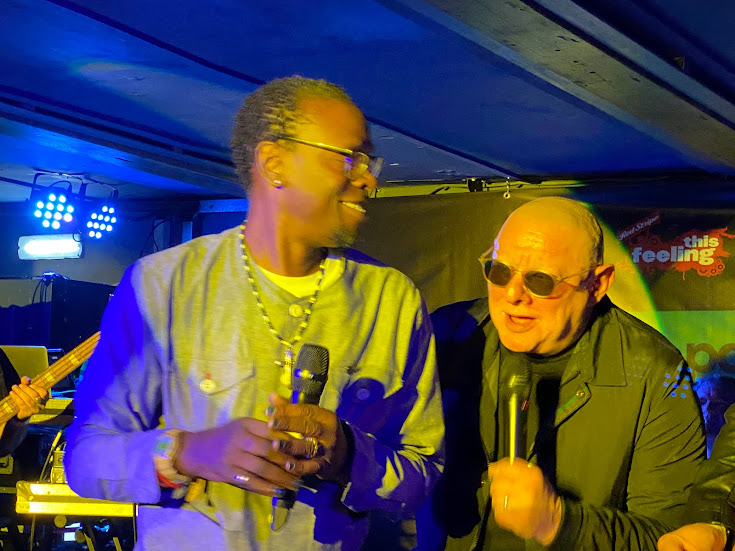 Shaun Ryder returns to his spiritual home of Factory after 11 years since his last solo stint. He still has that magical touch of Manc as Wayne AF Carey finds out on a rainy night on the town…

I only discovered this concert on Tuesday and who am I to miss the opportunity to see the legend Shaun Ryder in his place on stage. And not just any step. The place where Monday Madness once caused carnage under the watchful eye of Anthony H Wilson. You should all know the story by now. Anyway, I tipped tonight to attend a special event hosted by This Feeling and Scotts Menswear, all to benefit the mental health charity Mind and you’ll never spend better on a gig like this, wherever you are in town. Magic is in the air as soon as I enter this legendary iconic venue, adorned with a picture of Wilson behind the check-in counter. First, let’s check out the support group. 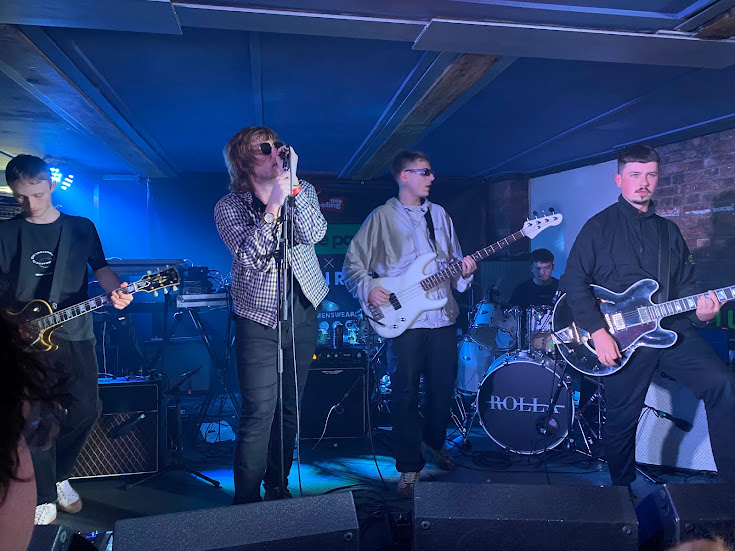 There’s a big buzz in the air for Rolla. They seem to have drawn a huge crowd for their energetic set judging by the young boys and girls who make me feel like the old bastard that I am. I’ve heard rumors about this batch and I’m here to form my own opinion. Yes, they sound like The Verve / Oasis. Yes, the leader is the bastard child of a strange love triangle between Ashcroft and Gallagher. Are they good? They are too right. There are plenty of pretenders to the throne of Oasis, but these guys are real. A cracking set of tight tunes from a band that’s going to be massive. Anthem after anthem, standout tunes for the massive indie brigade. Attitude from the start from James on vocals that has a future rock star stomping all over its stylistic swagger, with a guitarist sporting a dodgy patch that seems on purpose and a unit that rocks the place with a punk attitude. Watch this space and watch them rise real fast…

Is it a coincidence that Alan Mcgee is doing a DJ set? Rolla has yet to release his debut EP and with Alan’s connections to Oasis there are some unanswered questions… He plays an eclectic set of old tunes and the kids here are so in on it they swallow it . A great remix of Pink Floyd’s See Emily Play sounds huge, and it adds some Bowie classics to set the perfect mood for Ryder’s rhymes. 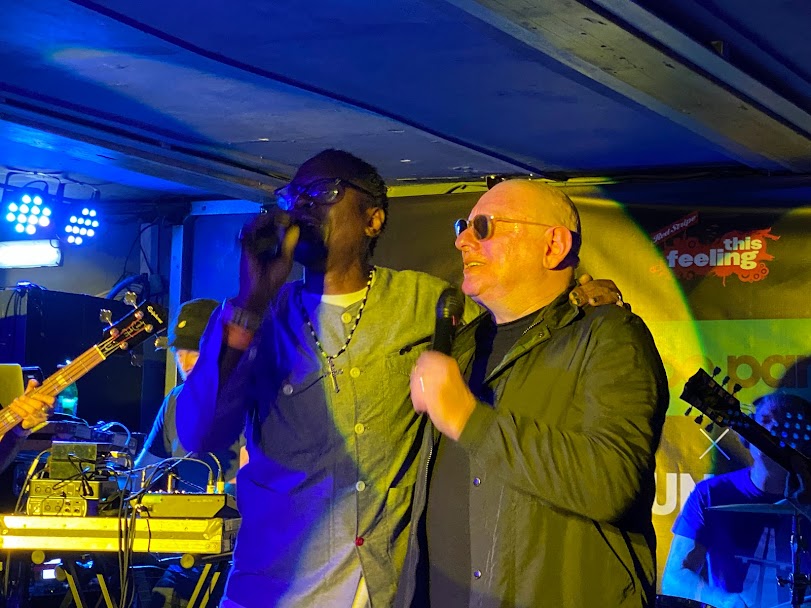 Shaun Ryder takes the stage to massive applause with his new band which includes brilliantly named local guitarist Seth Leppard who knows his shit on that fretboard. He plays some tracks from his excellent album Visits From Future Technology commented here. A booming Electric Scales start and loads of banter have the crowd grinning like idiots, especially when they keep asking the drummer “What are we gonna play next?” A funky as fuck Close The Dam is a climax full of familiar drug references, then a sexy crooning monster brings Ryder back to his best with his more familiar fractured tone than ever, which continues with the magic of Pop Voodoo. The biggest applause of the night that threatens to blow down the bloody doors is the arrival of old pal Kermit for a set of Black Grape songs that sends shivers down my spine. A raucous Tramazi party makes the place bounce and Kermit is like a loose cannon delivering his Manc rap like a deadly weapon. Shaun and Kermit hug and smile again like long lost brothers. The set ends with the burst of Reverend Black Grape which is probably one of the best tracks Ryder has delivered in his career. A show stealer whose melody still rings in my ears as I leave the place. The only surprise of the night isn’t Bez. We could only hope… Another concert of the year for the lucky ones…

Words from Wayne Carey, editor of Louder Than War. His author profile is here