Thieves caught on camera stealing wallets and purses from employees

Police are looking for two women who they say stole wallets and handbags from Cobb County store workers.

COBB COUNTY, Georgia – While the employees worked hard, the thieves stole their hard-earned money. Cobb County Police are now trying to track down two women seen in surveillance video sneaking into the back room of a store.

It was a busy Saturday night at Brooklynn’s in the Town Center Mall. While employees helped customers, thieves themselves used employee wallets.

“There was a person watching and a person who was going to get our handbags,” said Valeria Larrotta who was working that night.

The moment employees discovered their wallets were missing, one received a notification that his credit cards were being used at other stores in the mall.

“She had her license, gift cards and a couple of credit cards and they wiped them out completely,” Larrotta said.

Jodi Tiverio owns Brooklynn. She was angry that someone was robbing her employees.

“These are just really hard working college kids, and they don’t deserve something like this to happen to them,” Tiberio said.

Tiverio posted the surveillance video on social media and soon learned that they weren’t the only victims. 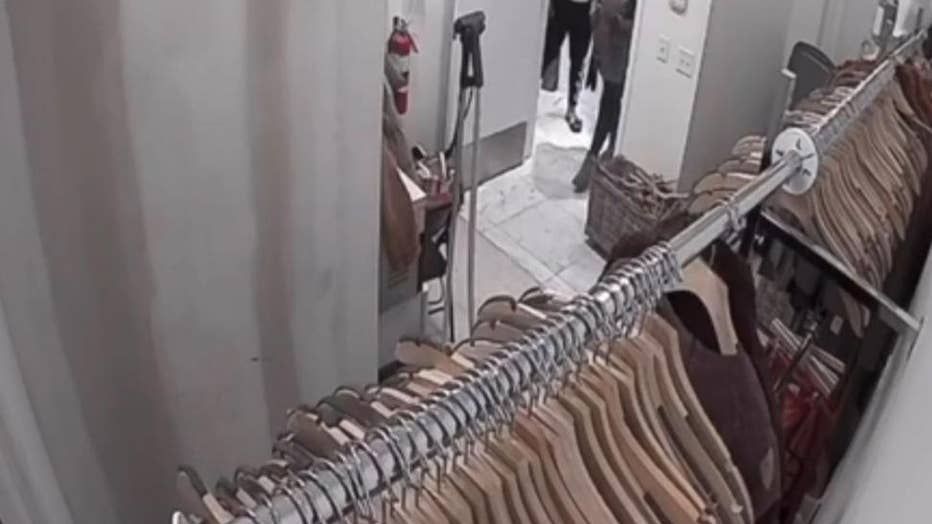 “We have received several messages from companies saying they thought the same people hit them that day,” Tiberio said.

Tiverio says the companies have shared information. She hopes that between the video and everyone on the lookout, the thieves won’t come back.

“I hope they will be dissuaded from returning to our region at the very least, if not, hopefully, caught,” Tiberio said.

Tiberio says they have already taken additional security measures to protect employees and their property.

Cobb Police say if you recognize the women in the surveillance footage, they would love to hear from you.